All you need to know about Lead-Acid car battery 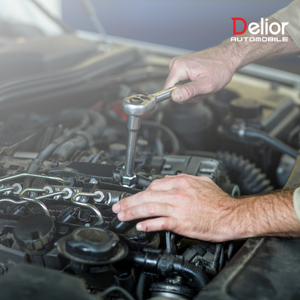 How does a battery work?

Lead acid car batteries are energy storing devices made up of lead and lead dioxide plates. These plates are submerged into an electrolyte solution. The percentage of water is 65% and sulphuric acid contributes 35% to this solution. When the battery is used to start the car, it gets discharged. The sulphuric acid in the electrolyte solution gets depleted leaving a higher proportion of water. The sulfare is returned to the acid during the charging process. The battery provides high current required by the starter motor to crank the engine of the car. Once the engine is started, the battery is again recharged by the engine driven charging system. In this process, the alternator takes necessary energy from the rotation of engine through a belt of charge up the battery. When the engine is running, the alternator generates electricity for the electrical equipment of the car.

What makes a battery weak?

When the car is exposed to direct sunlight in summers for longer periods of time, it accelerates the process of corrosion and evaporate the electrolyte. This reduces the life of a battery making it weaker. So, avoid getting your car heated by sunlight by parking in a suitable shade.

A batttery must be fitted properly to avoid any sort of vibrations. These vibratons over the time shake the plates around which in turn make the internal connections lose. As a result, the battery would not get properly charged.

Once you start the car, make sure to drive it for enough time for the battery to get recharged again. The alternator takes time to recharge the battery after it has released its energy while starting the engine. Otherwise, the battery will stay undercharged which is not sufficient to provide high current to the starting motor.

Keepting the headlights or music system on while the engine is shut down drains the battery over the time. Avoid plugging in a charger for a longer period  of time to prevent the battery from discharging.

Make sure to wear gloves and eye protection. the white powder on terminals is toxic and should not allowed to come in contact with the skin.

-An internal short circuit or overcharging leads to a swollen battery. If you see signs of bulging anywhere around the battery, replace it.

How to start an engine with a weak battery?

It is not recommended to use a weak battery. However, in an emerggency case, jumper cables can be used when you are stuck during your trip along the roadside. Always keep a set of jumper cables in your car if you htink the battery is not in a supreme condition. Jumper cables let you start your vehicle with the help of another car. Altough it is very simple technique but safety measures must be taken to avoid any danger. Following steps will guide you to start the vehicle.

- Make sure both batteries have the same voltage rating i.e: 12V

-Never jump a frozen battery, it can easily explode

- Make sure the other end does not touch car's body to avoid any dangerous spark.

-Finally start the car with a good battery

-Give it 5-7minutes to charge the weak battery

-Now start the ignition of the car with a weak battery

How to check battery's health?

For proper maintenance of battey, schedule once a month to check the status of the battery. Nowadays, there are tools that can help measure the present condition of the battery. The follwing are the most commonly used tools for this propse:

Battery load tester is used to check the voltage rating in the running battery. It has a display meter with voltage readings tip to 16V along with the battery health indicator. It has positive and negative probes. Inside, there is high current capacity coil which provides the necessary load wtih a toggle switch. Battery voltage can be tested easily by following these steps:

- Turn off the car engine

-Make sure both probes are properly connected with the battery terminals.

-The meter will show a voltage reading in accordance with the health of the battery.

-Now, turn on the load toggle switch for 05-07 seconds to measure the battery voltage on load.

-If the meter needle deflects anywhere near the ''weak'' indication, immediately replace the  battery.

The hydrometer is another tool is to measure the battery health. It measures the specific gravity of the electrolyte but can only be used on batterues with removable caps. Hydrometers usually have a built-in thermometer. Follow these easy steps to measure the remaining the battery life:

-Start with removin the caps from the top of the battery.

-Read the specific gravity of electrolyte as indicated

-Note the reading for all cells one by one

Make a comparison of readings with those one given on hydrometer

-Usually, reading between 1.265 and 1.299 indicate towards a charged battery. Any reading under this bracket shows a sign of a weak battery

-Another method is to examine the battery health is to use multimeter. This process is simlar to the one we used for the battery load tester.

How to replace a battery?

A car battery can be easily replaced at home without any complication by folliwng these simple steps:

- Disconnect the posiitive terminal usually marked as red or with (+) symbol

-Remove the ''hold down clamp'' of battery

-Batteries are heavy in weight so lift it ip carefully

- Clean the battery tray if it is corroded

-Carefully lift in the new battery in its position

- Connect the negative terminal of the battery

-Make sure the connections are not loose

- Battery must be fixed properly to avoid any vibrations

- Terminals must be in a clean condition

The old battery can be sold to a battery shop from where you have purchased the new one. These car batteries are also recycled to prevent dangerous chemicals from getting into the atmosphere. Old lead plates can also be recycled into various other products.

To extend the battery life, it should be well maintained. Schedule the maintenance of the battery every month. It includes the following few things:

Cleaning battery and its terminals:

Cleaning of a battery involves removing the corrosion or any while poweder from the terminals and the surface of the battery. For this purpose, use warm water and add a tablespoon of baking soda to it, Carefully remove the battery ( as mentioned in replacement section). Make sure the removable caps are properly tight.

Always use rubber gloves because the white powder is toxix and should not be allowed to come in contact with the skin. Throughly apply for the solutuon over the battery case. Clean the terminals properly, Use a brush to reach narrow spaces. Let the solution for a couple of minutes and thenw ash it with cold water. The terminals will be corrosion free after this practice. Install the battery back to its position with care.

Electrolyte level inside a battery can be examined visually by removing the caps on the top of the battery. The lead plates must be dipped properly into the electrolyte solution. If you see a decreased level of electrolyte in any of the cells, add some water into it. Let the solution get misex properly.

Electrolyte level inside a battery can be examined visually by removing the caps on top of the battery. The lead plates must be dipped properly into the electrolyte solution. If you see a decreased level of electrolyte in any of the cells, add some water into it. Let the solution get mixed properly.

If your car is idle for a long period, use a battery charger to keep the battery properly charged. Batteries soon become dead if you don't charge them. A battery charger can be of great help to keep the desired voltage output from the battery. Usually, it comes in different modes as per requirement.i.e: charging, boost charging and maintainer. It can be used to maintain battery voltage. Carefully plug in the charher into a socket. Connect the positive cable with the positive terminal of the battery and negative cable to the negative terminal. Turn on the switch and let the battery charge properly.

Always inspect the battery before leaving on a trip. Overlooking the condition of battery might bring you trouble in the middle of nowhere. A 10-15minutes inspection might help you save a lot of time during your journey.